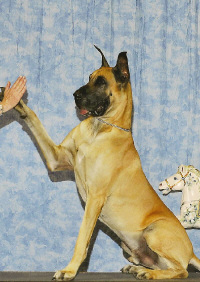 Three Danes of my breeding, "Spirit", "George" and "Abu" were featured in the Marmaduke movie.  Spirit and George were the primary actors in the movie (and even receive credits at the end). Abu was the “puppy Marmaduke” on the couch with the children.

Spirit was also known as Am. Can. Ch. Daynakin's Quiet Spirit of Bricarlo, AOM.  He resided in Renton, WA with his owner Julie, and was frequently seen in the show ring around the Northwest.  Spirit was also featured in a Burger King commercial.  He's the one doing the "high five".

George's registered name was Am. Can. Ch. Daynakin's Quarternote of Bricarlo.  He resided in Southern California as a loved family pet but is a "true" movie star as he also appears in “Chihuahua Two” and various commercials.

How to tell the difference between the two?  George was neutered, and had a small gold spot on his outer thigh below the hip.  Spirit was intact. Also, George's ears stood up better than Spirit's did.  Both dogs had their masks "fiddled with" for the movie.  They were actually bleached down to the muzzle.  I do not know why they did that; perhaps so they could both have similar facial markings so it was harder to tell the two apart.  Spirit and George’s sire is Ch. Sunstrike Valentino V Wintercreek (Rudy) and their dam is Am. Can. Intl. Ch. Bricarlo Daynakin Shut Up N Kiss Me (Josie).

Abu was known in the show world as Daynakin's Soulja Boy.  He resides in the Orting, WA area with his owners Susan Copeland and Mike Tate. After being a movie star, he continued his show career to become one of the top 20 Danes in the United States in 2013. Abu’s sire is Ch. Jerdan’s Prince of Vigo and his dam is Ch. Ruatha Daynakin Ladyhawke. He's shown below in a show picture.

I was very pleased to have three Danes of my breeding chosen for the Marmaduke movie.  Why? First, it was important to me to have quality Danes representing the breed in this movie, so people who would never see a “show” Dane could see excellent examples of the breed.  Second, I feel my dogs have true working ability and this was a great way for them to show it off.  (Contrary to popular belief, the dogs did not earn a lot of money for their owners.)

Some Dane fanciers have expressed concern that the publicity Great Danes received from the “Marmaduke” movie may have a detrimental effect on the breed.  Their worry was twofold: People might impulse-purchase a Dane without fully researching whether the breed is appropriate for their lifestyle (and pocketbook); and less-than-scrupulous breeders will take advantage of the free publicity and mass produce “little Marmaduke” puppies.

Puppy mills and back yard breeders have always been around and will always continue to mass-produce puppies. And certainly, some of them will try to take advantage of the movie. (Fortunately, a Dane’s known size makes it unlikely that the effect will be the same as with Dalmatians and Chihuahuas.)  However, exposure of the breed - and its popularity - was already increasing, with more and more Danes appearing in advertisements, TV shows and commercials.  And the puppy mills were starting to reflect this, offering more Danes.  That is why I believe any negative aspect of this major movie is outweighed by the positive - the publicity offers an excellent, best-in-decades, chance for education!

Several long-term, well-respected breeders have told me they were positively influenced by “The Ugly Dachshund” when children, thus starting a life-long involvement and commitment to the breed. I feet that concerned breeders, clubs, rescue groups and individuals made this “Marmaduke” publicity an excellent way to help inform the public about the Great Dane breed.  Plus, it’s a cute and fun movie that can be enjoyed by both Dane and non-Dane owners. 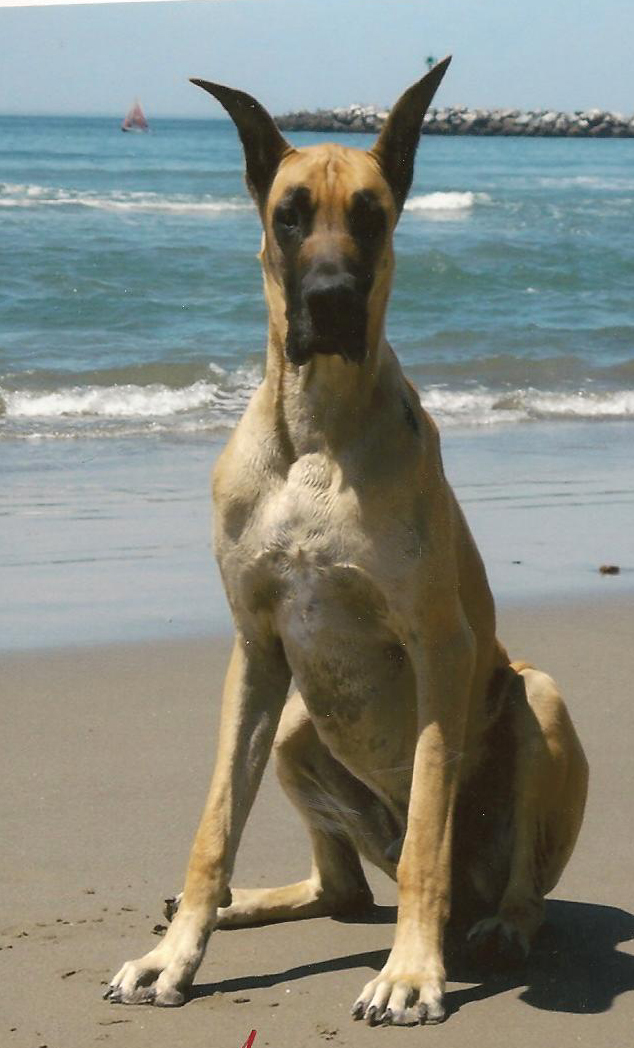 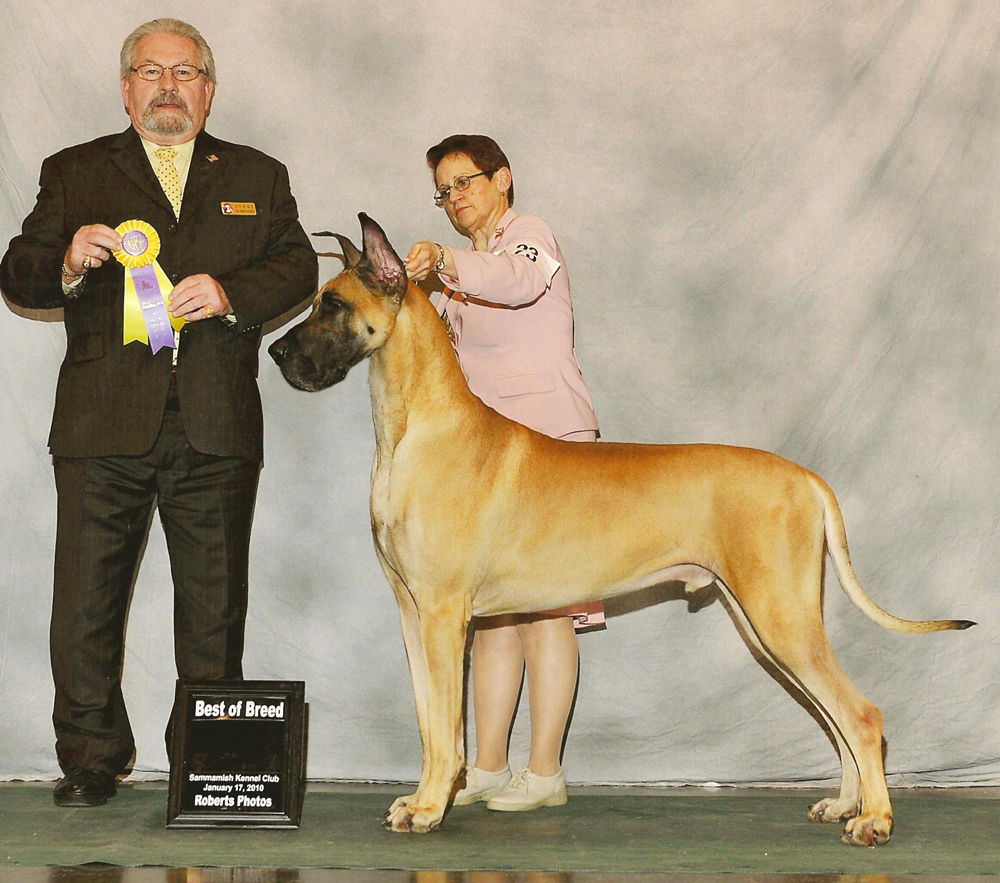 Anyone who knows me personally knows that I strongly support breed education and responsible breeding practices and ownership.  To this end, I co-founded the Washington state rescue group (Dane Outreach) in the 1970's, and have spent countless hours over the years writing educational pieces on Great Danes for website and rescue use.  To help others of the same mind take advantage of the movie, I also created the “Marmaduke Movie Educational Effort” website.  This site offers educational resources from myself, the GDCA, and other dedicated educators,  which individuals and groups can freely access.

If I had felt my Danes’ participation in the movie would be detrimental to the breed, you can be assured I would not have allowed it.   And while I believed that it would be a vehicle for educating the public and protecting the breed, I actually underestimated what a great opportunity it turned out to be.  I didn’t envision the dozens of Dane fanciers who promptly joined together through the Educational Effort website.  Their coordination of “meet-and-greet” educational opportunities at theaters, booths and shelters across (and outside) the country, for the movie opening weekend,  was amazing.  Thank you to everyone who “took this movie and ran with it” to help protect and support our Great Dane breed.